Combating inequalities from the city 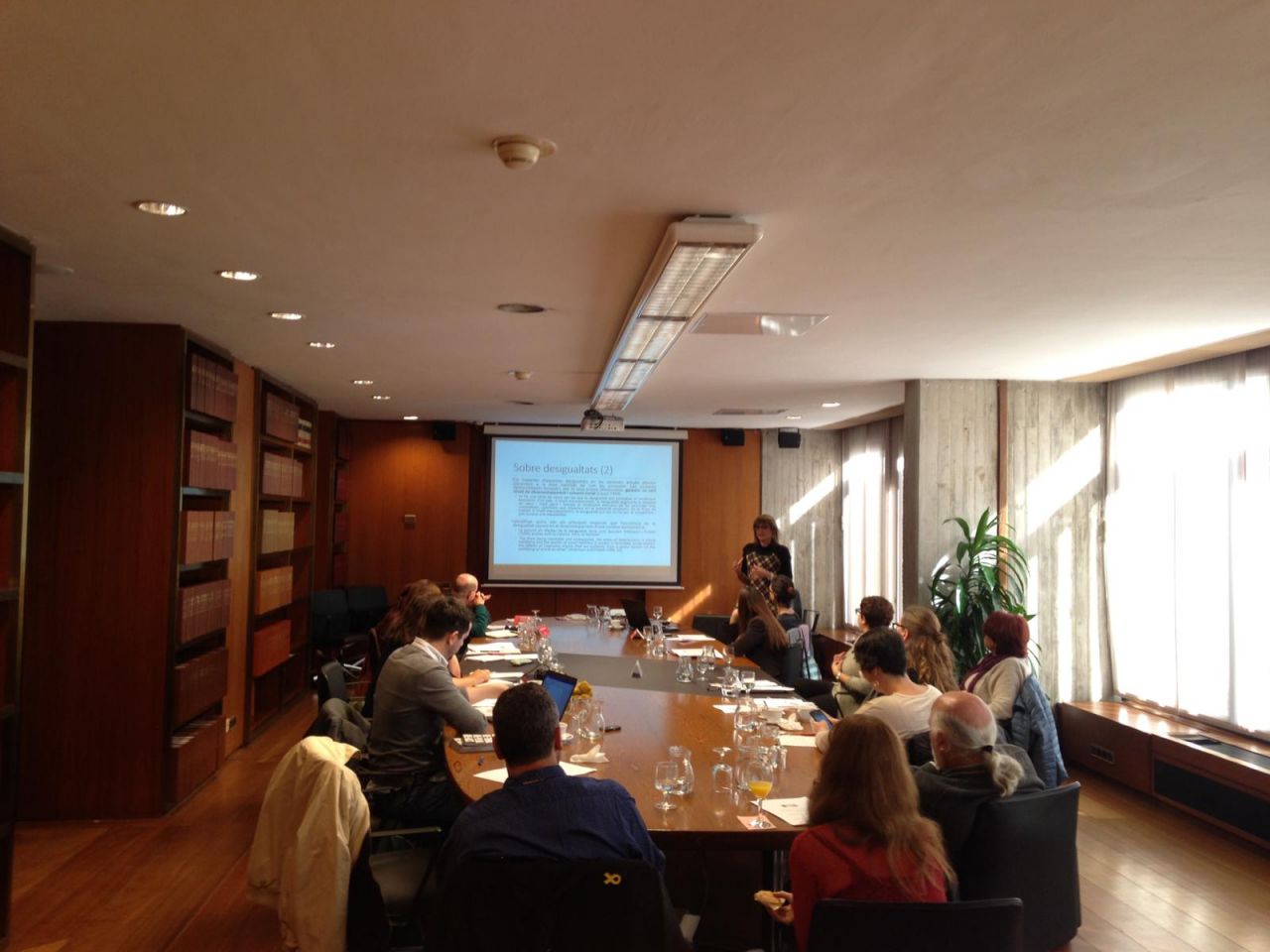 "Inequality is not inevitable," said Xavier Ramos, economics professor at the Autonomous University of Barcelona and the trainer of the first session of three on "Combating inequalities in cities". These sessions has been organized by the Catalunya Europa Foundation and AMB (Barcelona Metropolitan Area) and are aimed at mayors, councilors and municipal technicians of the Metropolitan Area of Barcelona.

Ramos started the session by breaking some myths, establishing a direct relationship between inequality and poverty. And although this equivalence is true on many occasions, there are poor countries with very low inequality rates.

At the Spanish level, Ramos considers that policies to combat inequalities are not effective. The redistributive effect in Spain is less in comparison to other European countries, and not only in the case of the Nordic countries, but also in comparison with other states such as Italy, Portugal or Hungary.

Gemma Pinyol, director of the migration area of Instrategies, continued the session warning that economic growth can not be expected to be the remedy to combat inequalities. On the other hand, other more specific actions, such as the improvement in education from 0 to 3 years, is required, increase basic services and end normal corruption. Pinyol emphasized that the different indices that determine social problems, such as drug abuse, homicide rate, life expectancy or even gender violence, are not directly associated with the fact that a society is, generally, rich or poor, but with inequalities within society itself.

Paula Casal, researcher at ICREA and lecturer at Pompeu Fabra University, focused her talk on answering a question that is more philosophical: Why do we have to fight against inequalities? This researcher affirmed that the place of birth influences to a large extent on the level of inequality and the social position. The birthplace is arbitrary and this circumstance can not be corrected directly. Therefore, the fight against inequality must involve the entire population and not only those that are directly affected by the consequences of inequalities.

The mayor of Santa Coloma de Gramenet, Núria Parlon, closed the session. She provided a much more practical view of how to combat inequalities in cities. For this mayor, one of the major challenges of the municipalities is that there are population groups that see as a threat to other groups, in the face of the distribution of resources that are limited. That is why it is very important to strengthen the ties of solidarity and to do pedagogy on these issues, says Parlon.