Webinar with Paula Casal: Why do we need to fight inequalities? 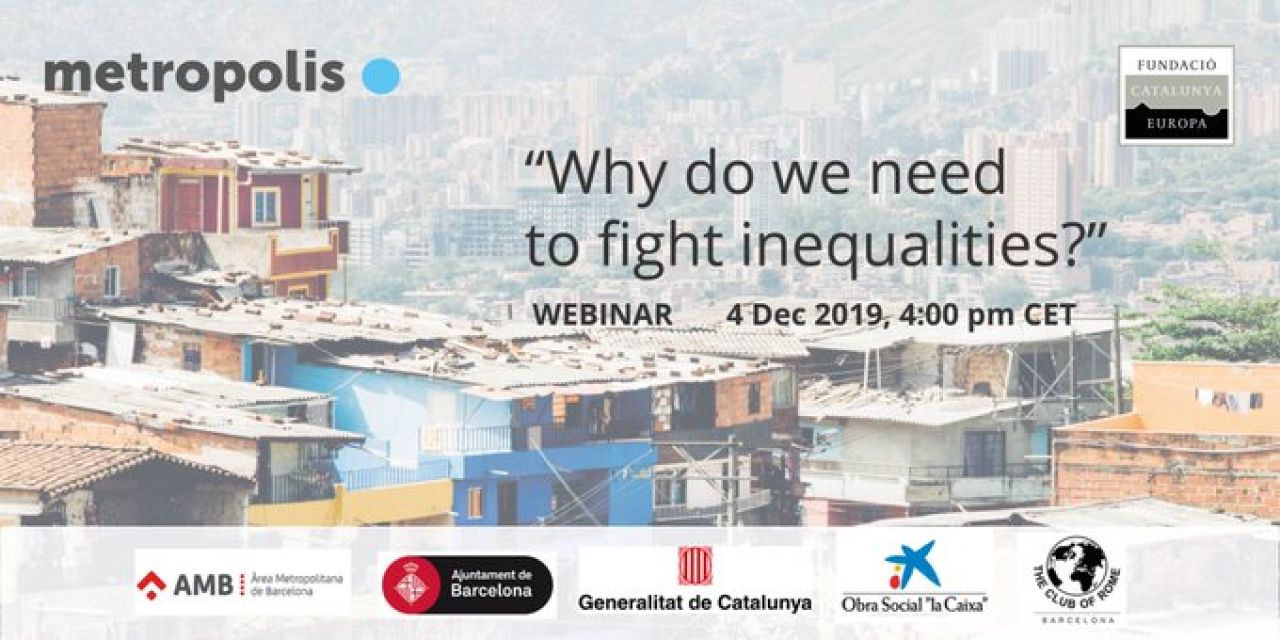 ICREA researcher and professor at Pompeu Fabra University, Paula Casal, was the speaker of the webinar "Why do we need to fight inequalities?", organized jointly by the Fundació Catalunya Europa, as part of the Re-City, and Metropolis program. Casal affirms that the place of birth influences to a large extent in the level of inequality and in the social position. However, this is arbitrary and cannot be corrected directly. Therefore, the fight against inequality must involve the entire population, not just those directly affected by its consequences.

According to Casal, existing inequalities not only remain but tend to increase. If inequalities between countries have been worrying for some years now, in the last years there has been an alarming increase in local inequalities lately. The researcher stated that the 80 richest people have the same wealth as the poorest half of the global population.

Society needs to focus on the causes of inequalities and ask itself if it is fair for someone to have better life prospects based on place of birth or social class of origin. Casal also focused on the consequences of inequalities, which include a worse rate of mental health, a decrease in life expectancy, an increase in crime or an increase in the rate of teenage pregnancies, among others.

The issue of inequalities has been extensively addressed among the different philosophical currents, including the utilitarian, the sufficientist, the priority, or the egalitarian. Thus, while utilitarians defend the highest welfare for the maximum number of people, the sufficientists are committed to ensuring that people have "enough" to live, priorityists say that resources must go to those who need it most, and egalitarians are committed to social equality. , equality of opportunity and equality of results. Casal states that even people less inclined to accept egalitarian theses are affected by the negative consequences of inequality.